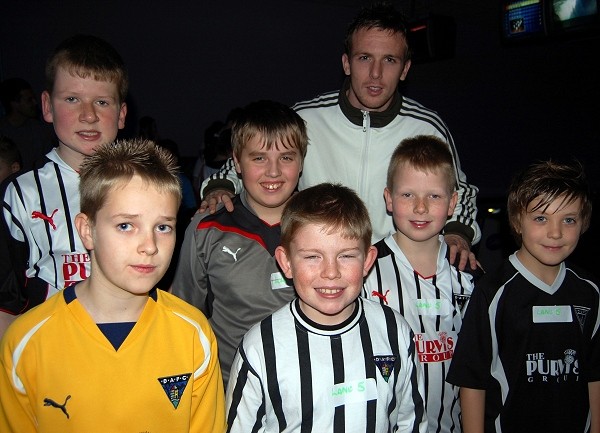 Thanks to Bowlplex for providing a signed Ten Pin for the winning child and certificates for the winners and booby prize. Paul Allan had the highest member score and Greg Ross was the player with the top score. Unfortunately, Graeme Holmes ended up with the booby prize for the players!! Members attending were all given a selection box from the Young Pars.