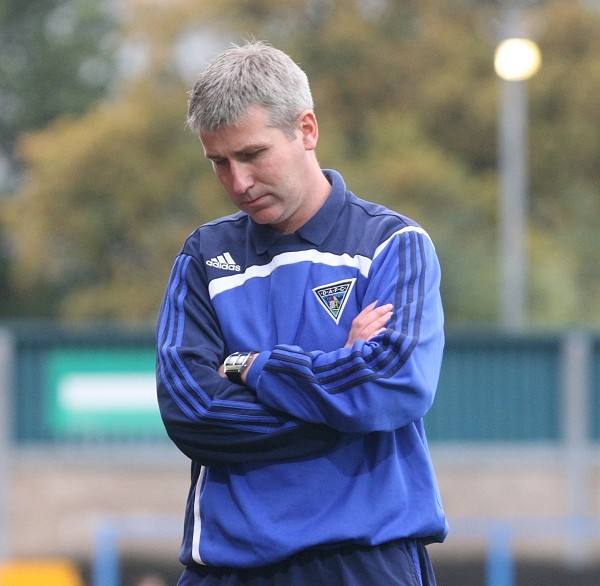 Stephen Kenny`s record at Dunfermline included taking the team to two Cup Finals within a year of him arriving. Unfortunately his league form just eight wins in 37 league matches, led to him losing his managerial position. The heavy defeats, at home to Hamilton away to bottom of the table Stirling Albion and then at home to Livingston led to the DAFC Board to voice their support for their Manager. Unfortunately for all concerned the inability to change the outcome of results has meant that the Board have now moved to replace him.

Stephen Kenny arrived at East End Park on Saturday 18th November with Dunfermline already at the foot of the SPL. He had just steered Derry City to finish second in the Eircom League the previous night. Results did not come his way. The first three games were lost, then two goalless draws gave him his first league points.

The Scottish Cup win over Rangers in January gave him his first victory with the club but that was in the midst of a record equalling run of eight league matches without scoring a goal. Cup wins followed over Hearts, Partick Thistle and Hibs (after a replay) to book a Cup Final date with Celtic. The run was thwarted by Perrier Doumbe`s late goal at Hampden.

In the SPL the Irishman was thankful of St Patrick`s Day when a 3-1 victory at Inverness gave him his first league win with Dunfermline. That five month run without collecting three points for a win cost the club their SPL status. Four consecutive SPL wins in April and May won him the SPL Manager of the Month Award but these wins were not enough to save the Pars and the First Division beckoned.

Dunfermline have found difficult in the SFL. One point was taken from the first nine on offer and only three wins have been achieved, all by a one goal margin, against Stirling Albion, Partick Thistle and Queen of the South. Fourteen games into the campaign Dunfermline lie 21 points behind the leaders Hamilton Accies and just one point off the bottom of the table.