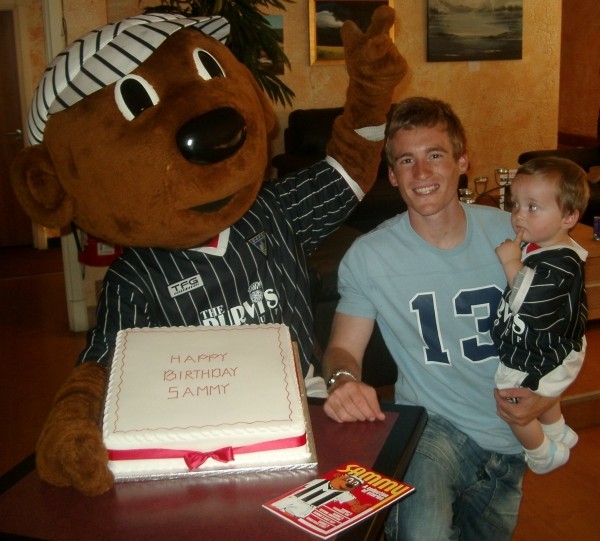 Mr Barking entertained the Gang until Sammy arrived. As is the custom Sammy
enacted a story that Mr Barking narrated and in true East End Park fashion
incurred an unscheduled injury in the process.

Sammy leaned on one end of a table and as it gave way sent the mascot
tumbling to the floor.ï¿½ Mr Barking decided that a magic sponge was required
and he soon found a volunteer to administer the cure. Sammy opened his birthday card and then dressed up as Harry Potter.

A fine time was had by all and at the end Sammy signed autographs for his
Gang members.

A cake was donated by William Stephen Bakers and this is going to be donated
to Childrens Hospice, Kinross.